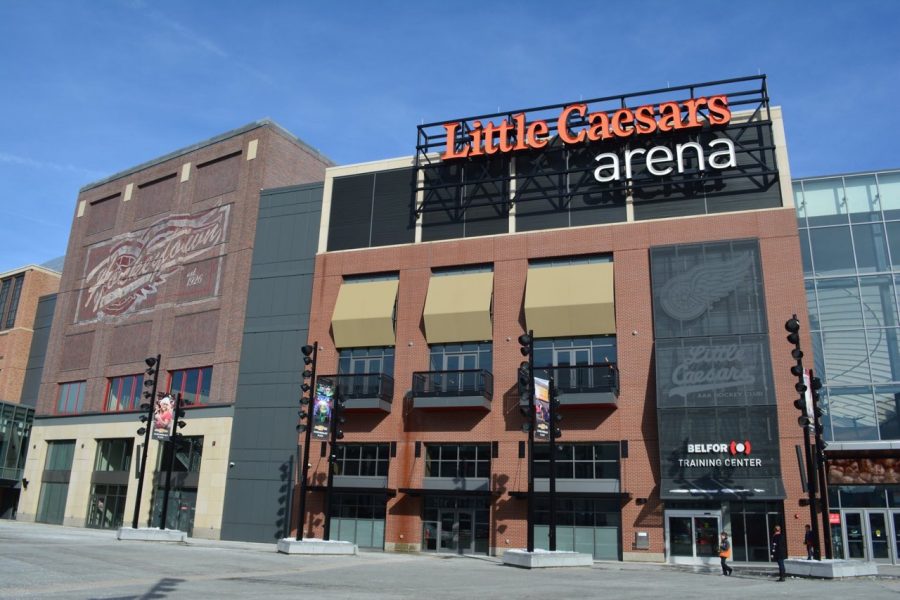 The Blake Griffin era in the Motor City has come to an end. Last week the Detroit Pistons announced that they and the former 6x All-Star forward Griffin have mutually agreed to part ways either through a trade or buyout. The Pistons weren’t able to find any suitors for his $37 million yearly salary after searching for months. Days later Griffin agreed to a one-year deal with the Brooklyn Nets worth $1.2 million dollars joining superstars Kevin Durant, Kyrie Irving, and James Harden.
“I wanted to be on a team that was contending,” said Griffin via an AMA on Bleacher Report, “My only goal is to help win a championship. Some years it’s more realistic than others. But that’s why I came to Brooklyn.” He will be giving back around $13 of the $70 million owed by the Pistons to make this move go through.

Griffin was averaging career lows across the board with 12 points, 5 rebounds, and 4 assists a game on a shooting percentage of just 36.5%. He was just 2 seasons removed from a career year in 2018-19 when he averaged a career high 24.5 points a game, along with 7.5 rebounds and 5 assists. He also made the All-Star and the All-NBA Third Team while carrying a lackluster Pistons roster headlined by Andre Drummond and Reggie Jackson (both of whom are no longer with the team) to the 8th seed in the East with a record of 41-41. A few games before the playoffs began Griffin sustained a knee injury causing him to miss the rest of the regular season and the start of the playoffs. Even though it wasn’t recommended for him to play he still managed to get into the final two games playing his heart out, but ultimately his supporting cast couldn’t really seem to pick up the same energy The Pistons were swept by the Milwaukee Bucks in four games. Since then, injuries have really hurt his impact on the court. Griffin has been limited to only 38 games in the past two years. His mobility has seriously taken a hit the former high flying dunk contest champ hasn’t pulled off a dunk in an NBA game since 2019. However, he’s had a few games this season where he showed flashes of being a solid contributor. In a nine-point loss in double overtime Griffin scored a season high 26 points hitting eight threes, 6 rebounds, 4 assists, and 3 steals. Also, in the 107-92 win over the defending champion LA Lakers he dropped 23 points and 6 assists while hitting five threes. His outside shot has been streaky this season and many have complained about his effort or lack there-of on defense. If Brooklyn can utilize him properly, he should still be an offensive threat especially off the bench in a reduced role.

When Griffin was first traded to Detroit in 2017 unlike most players who would complain about being shipped off from the sunny beaches of California to the winter wonderland that is the great state of Michigan he never did. He embraced the Detroit culture and quickly assimilated himself with the team. His fall from grace should sadden any fan of the game of basketball. Griffin had many memorable moments in Detroit like his career high 50-point game against the Philadelphia 76ers where he hit the game winning and-one in overtime or his return to LA where in what was probably his most aggressive game as a Piston, he dropped 44 points, 8 rebounds, and 5 assists in a 109-104 win over the team that promised to him he would be a Clipper for life just months earlier.
“Blake and the Pistons moving on is what’s best for both sides,” said former staff member and current co-host the Trash Talk podcast Tony Dombrowski, “For Blake, he gets to try and win a ring. For the Pistons, the rebuild continues without an aging veteran. No Blake allows for the younger guys to get more playing time. It’s a good move for both sides.”
Hopefully he’ll be able to contribute to Brooklyn and finally win a ring that would solidify him as a Hall of Famer when he eventually decides to “hang em up.”