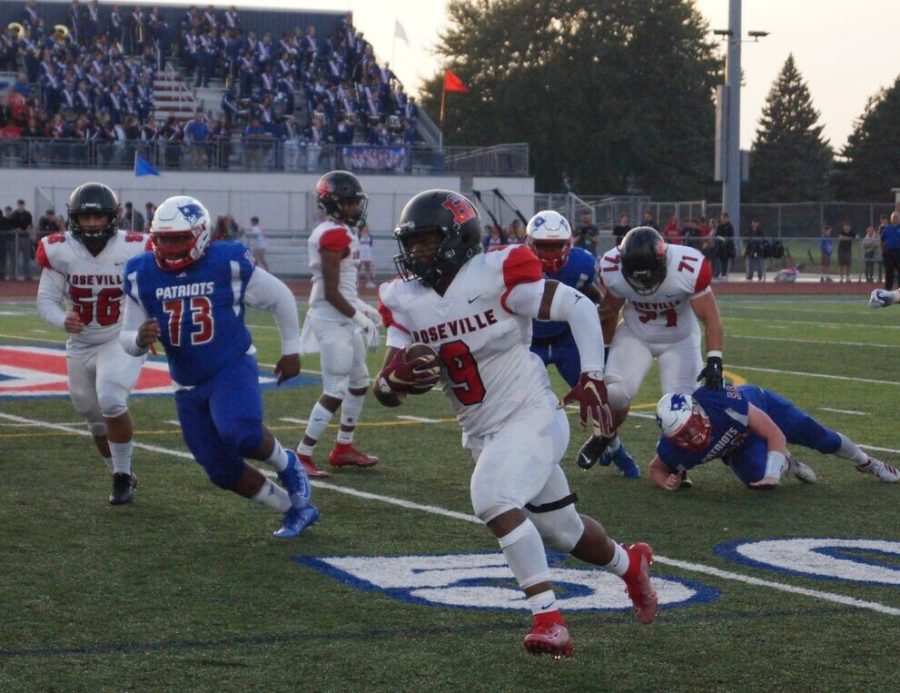 Senior Daivon Lowman outruns the Cousino defense as he crosses the 50 yard line.

The Panthers seemed to come alive in their clash with the Cousino Patriots during their game on Friday, Sept. 13. They showed their abilities on both sides of the ball, leaving Cousino scoreless with a final score of 42-0, moving to a record of 1-2 this season. After losing two games in a row to University of Jesuit (17-6) and Chippewa Valley High School (54-6), the Panthers turned around and played an explosive game against the Patriots.

Senior running back Daivon Lowman proved his dominance in the field by rushing 206 yards and scoring two touchdowns. Freshman quarterback Robert Salter threw two touchdowns for 186 yards, receiving the touchdown passes sophomore wide receiver Tyrell Henry. Although they struggled on offense in the previous games, the team managed to show that they can move the chains, converting on multiple fourth down situations.

The Panthers defense held their own, turning the ball over and forcing turnover on downs throughout the night. Putting pressure on Cousino’s offense all night, senior defensive end Jah’heim Swaizey had 12 tackles and two sacks for a combined loss of 14.

The Panthers have hopes to keep up the momentum for future games and continue to turn their season around. The Panthers play Port Huron High School on Friday, Sept. 20, and hope to move to an even record of 2-2.