Varsity baseball ends the season with a tough game against Lakeview 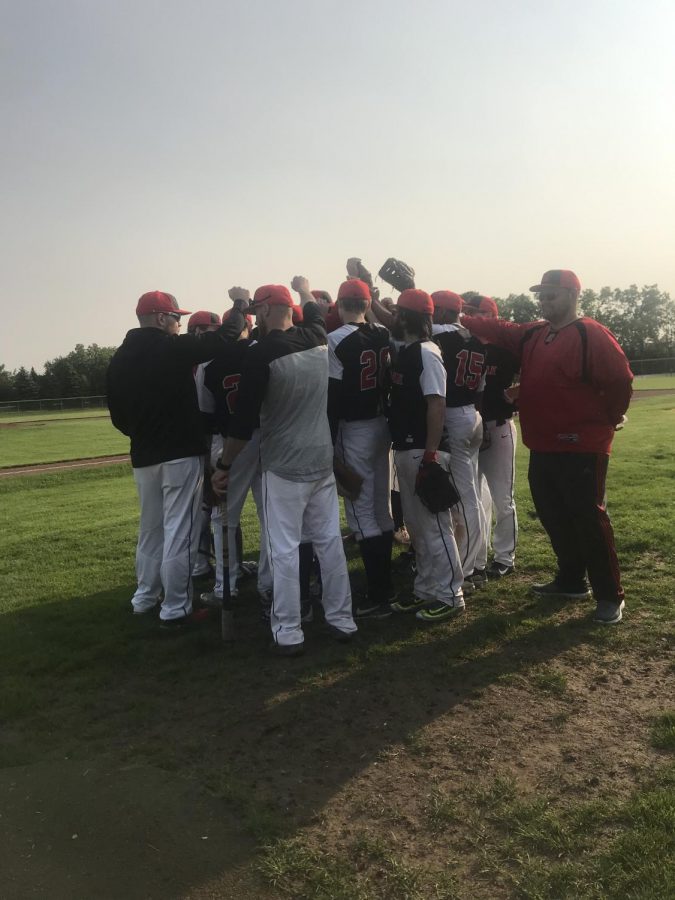 The panthers getting words of encouragement from Coach Keith Marzec as they get ready to play game one of the 2019 districts.

The Varsity baseball team played the Lakeview Huskies at Fraser High School for districts on Friday, May 31st. Even though they made it to all seven innings, it ended with a score of 14-0. The boys played a strong game only giving up two runs through the first four innings.

For the seniors it was their last game playing with the panthers.

“It was really sad that it was my last game, but it was a fun season,” third baseman, Ian Major said.

In the fifth inning, the boys gave up five runs making the score 9-0. Coach Keith Marzec decided to do a pitching change and replaced Bryan Masterson with shortstop Andrew Keltz.

Marzec is proud of his team for always staying strong throughout the season.

“I am proud of how we battled all year and how we worked on improving as individuals and as a team.”