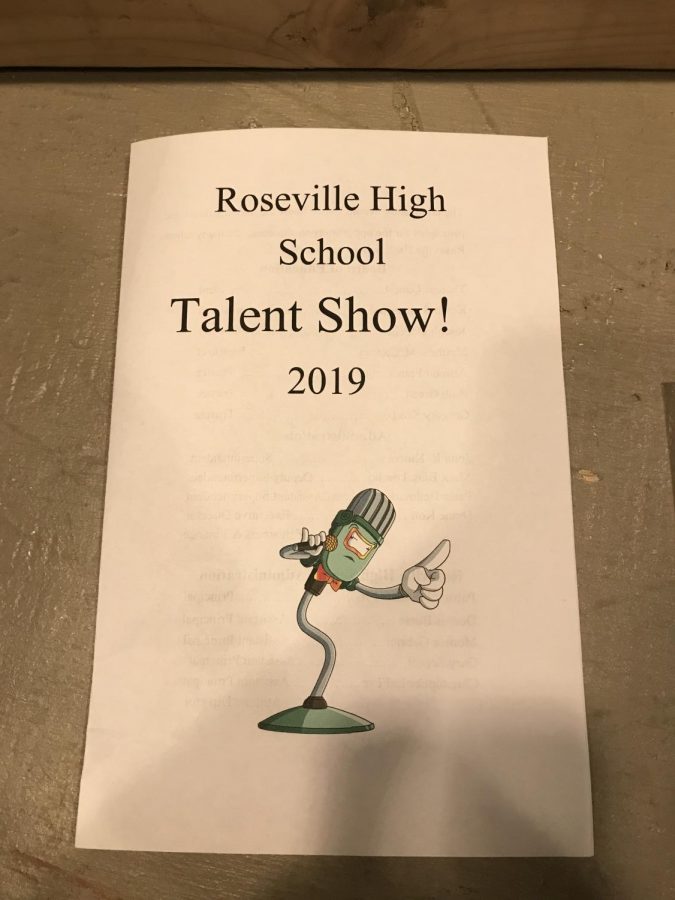 The programs that were handed out at the talent show.

Every year, there is a talent show put on to showcase the various talents that students have and to impress the people who come. For the 2018-19 school year, senior Alexander Fouth decided to put on the talent show and he recruited some of his friends to help set it up. The show took place on Thurs. April 18 and it had so many different students doing various acts, from singing all the way to comedy. Senior Ashley Weisenbaugh was one of the students that was there to help the performers make sure they were on time to the stage. They also had history teacher Karen Leveck sponsoring the show and passing out programs. It started at 7:00 pm and went to about 8:30 pm with a small intermission. There were singers, such as junior Anna Lewis and senior Niyah Caslin, and even senior Isaiah Rutherford playing the piano. In between acts, Fouth and senior Jaelyn Davis were the entertainers so that the next act could set up and get ready. The crowd was very involved with the acts and had an amazing energy that radiated throughout the auditorium which made the performers beam with happiness. When the show ended, Fouth and Davis invited everyone involved with the show up on stage so they could thank them for helping out and to give them credit.

“I would say the talent show went really well, we had a lot of great talent and they all did an amazing job and were great people to work with. It was a really fun event to organize,” Weisenbaugh said.