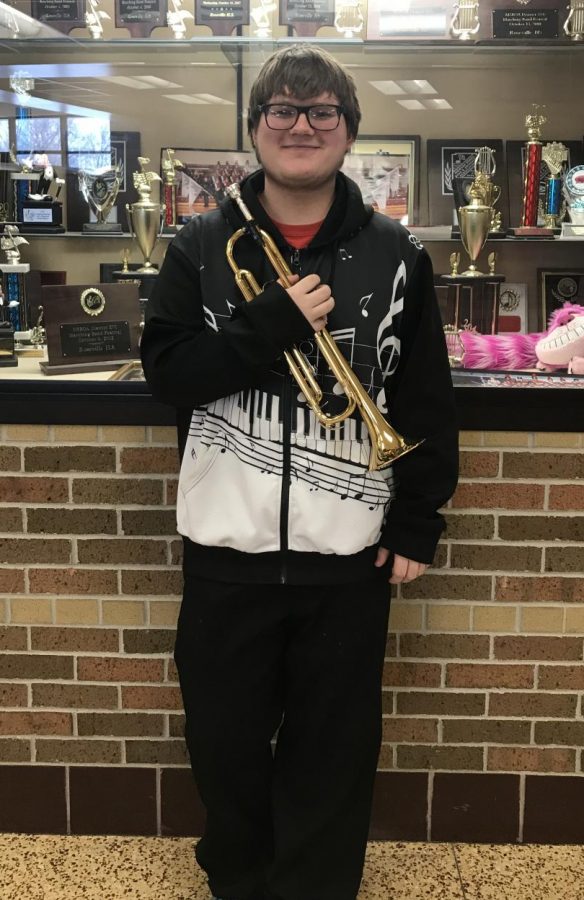 Zachary Merkle played his trumpet along with the professional orchestra for both nights of Chicago.

On Thursday, February 21, and Friday, February 22, Roseville High School put on a production of Chicago at Roseville Middle School. The cast and crew decided it was only fitting  to hire an orchestra to play the music. However, the orchestra was not only hired professionals. Zachary Merkle, a junior here at RHS, played the second trumpet alongside the other musicians.

Merkle has been in band for five years now, and he has dedicated many nights to band events. Over the years he has played in groups and events such as Honor Band, Solo and Ensemble, and Central Michigan University’s Band Day. He also has won Band Member of the Year, and is currently first trumpet. Outside of band, he attends early college at Macomb Community College, and is in Advanced Placement (A.P.) Composition and A.P. U.S. Government.

The opportunity to play in the orchestra was given to Merkle by Daniel Chesher, the band teacher. This was a once-in-a-lifetime experience, so Merkle accepted the challenge, and stayed after school for many days to rehearse with the professionals.

“It was very fun to be in because I got to see how professionals play,” Merkle said.

Chicago was performed for two nights, and Merkle played them both. Although it was a little stressful, he got the hang of it quickly and enjoyed the event.

“I would definitely do it again,” Merkle said.