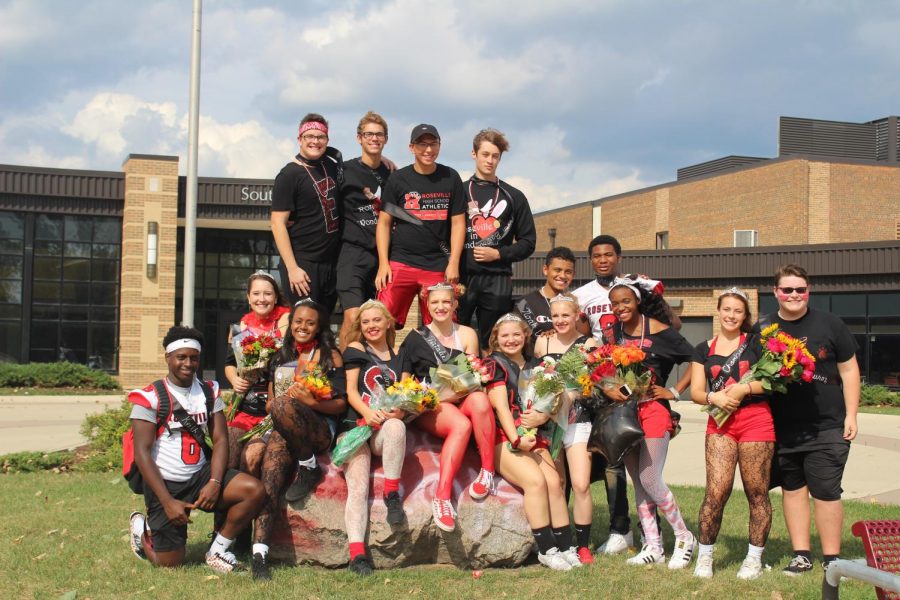 Magic does not only happen in movies. On Friday Sept. 21, the 2018 homecoming court was announced during the annual pep assembly to kick off spirit week. Tears were shed as student assembly sponsor Eric Mattison announced the 16 seniors who had been nominated. The complete list consists of Cody Quiroz, Ashlyn McCullum, De’Shaun Wright, Hannah Davis, Ian Major, Jo’el Stump, Joe Zerilli, Maia Newberry, Keith Fortune, Makayla Sumrall, Noah Wells, Maya Chamberlain, Ryan Shiemke, Natalie Martin, Steven Bartrow, and Sierra Harvey. Each nominee was greeted by family and friends with balloons and flowers. They were were given handmade sashes and the girls were given tiaras.

Many of the students who made court were surprised to hear their names being called.

“I was so surprised when they called my name. I was already tearing up because I was so happy for all of my friends and then when they said my name I was so shocked and started crying more,” Davis said.

“There was only one seat left so I was really shocked when they called my name. I was not expecting to be on court at all,” Bartrow said.

This Friday, the king and queen will be crowned by last year’s winners, Candice Smith and Austin Lorentzen at half-time during the homecoming football game, starting at 7pm.