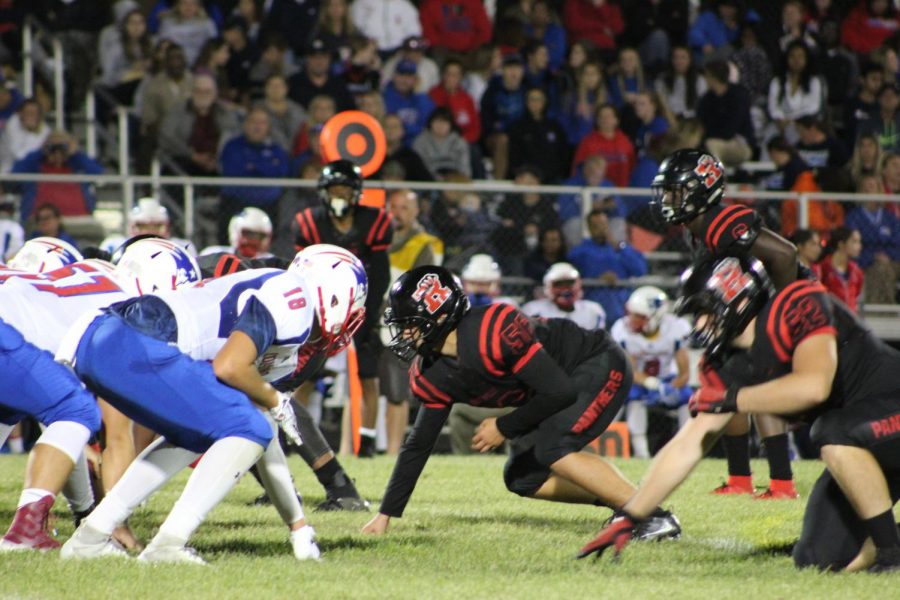 Friday, Sept 7, the Panthers matched up against the Cousino Patriots coming out with a victory of 40-26, channel 95.5 made an appearance and covered the game. The student section hyped up the team by having a luau theme while singing and dancing.

On the defensive side of the ball Senior Deshaun Wright had a scoop and score in the first half of the night, continuing to put pressure in Cusino’s quarterback through the night. Although junior quarterback Javon Osterhout had trouble throwing the ball, he threw one interception and did not stray from running the ball and did not manage to complete a pass.

By the end of the second half, Roseville was leading the game with a score of 14-7. As halftime rolled along, the cheerleaders were getting the crowd going by doing flips and stunts.

Senior Logan Behnke had a rough night, going two for four on his field goals, the panthers also made it difficult for Cousino’s kicker. Senior Darren Smith even managed to block one.

As the third quarter comes around, senior Keith Fortune had a pick six and senior Deandro Watts scored two touchdowns.

With a win this week the panthers hope to repeat the success next wee. Friday, Sept 14, the team will be home up against Port Huron in the evening at seven. The student section theme will be camo. Come support your football team!