Congress is finally talking about DACA 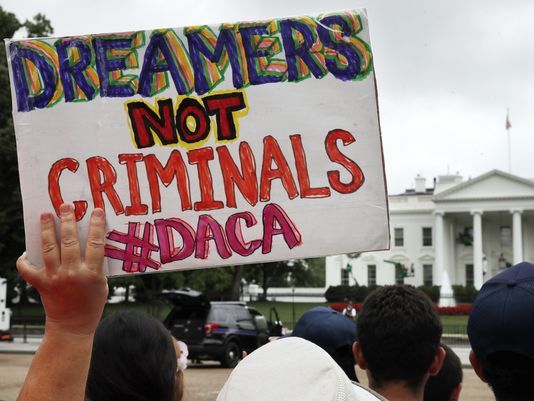 For the past couple of months the DACA, Deferred Action for Childhood Arrivals, act has been a controversial issue Donald Trump has been trying to figure out with Congress. It deals with immigrants that were first children when they came over to the United States. Recently, Congress has finally started talking about what they are going to do about the act and the DREAMers, the Development, Relief, and Education for Alien Minors, are eagerly awaiting the decision.

Trump has set a deadline of March 5 that will get rid of DACA and the date is looming around the corner. The White House will not act and Congress is still trying to find middle ground with Trump to find a solution to the problem. Recently, the Senate just announced a massive bipartisan deal that will not involve action with the DACA act. They have failed to pass any of the options that they were going to vote on and DREAMers need to know what is going to happen. They are in the dark about the issue and Trump is not saying anything other than that he will not accept any of the different solutions.

There was a win for DREAMers in California where a federal judge ruled that the government cannot revoke DREAMers’ work permits or other protection without giving them warning. It gives back some of the power that DREAMers used to have before DACA was put up on the chopping board when Trump became president.

“Hopefully, the Senate can get a solution passed before March 5. If they do not, it will affect so many lives and the United States already has enough going with the whole gun control problem,” junior Jade Danhausen said.