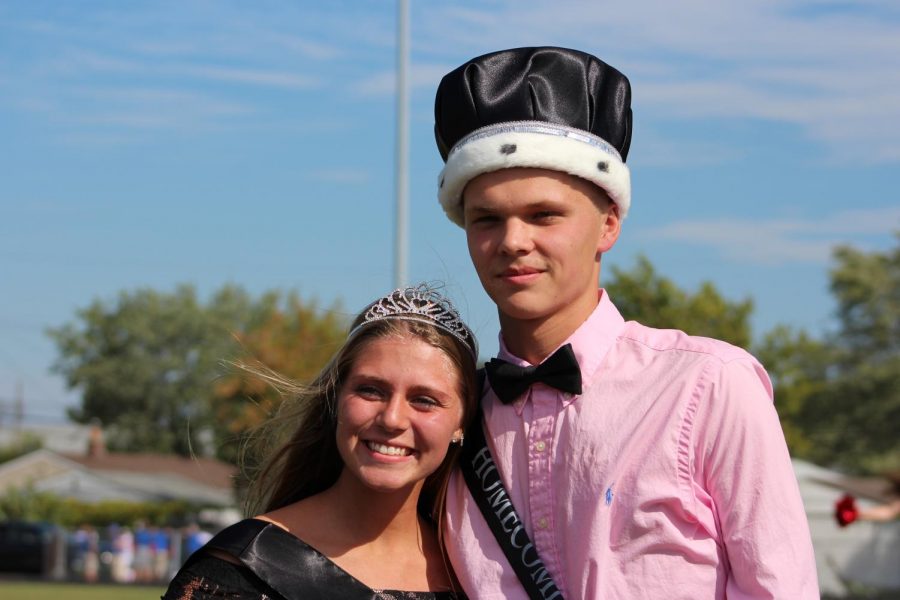 On Saturday, Oct. 7, another homecoming has come and gone again in just a click of a ruby red shoe. The day started off bright and early with the pancake breakfast. From 7 to 10 a.m., everyone received unlimited pancakes, sausages, and drinks for five dollars. They could also buy homecoming sweatshirts and tees and got to personally meet most of the homecoming court. Shortly after, the parade started.

During the parade, everyone got to see different elementary and middle schools, the RHS and RMS marching band, club and girl scouts, the homecoming court, the classes’ floats, and many other things march from Eastland middle school to our home. The floats consisted of flying monkeys, witches, and ruby red slippers this year as a tribute to the classic movie ‘The Wizard of Oz’. Although the sophomores may have won the float contest, the juniors pulled through and got first place in the overall spirit week competition.

At 1 p.m., the football game against Cousino began. Symphonic choir and the marching band started off by performing the RHS fight song and ‘The Star Spangled Banner’ together and the game began. Around 2 p.m., halftime had finally arrived. The court couples walked down the center field with the band on either sides of them playing their instruments. With everyone on their feet, nervous and excited, the winners were announced. Your 2016 king Anthony Robart and queen Alex Martin crowned Austin Lorentzen and Candice Smith as our 2017 homecoming royalty.

“It is weird. I did not think I would make queen because I do not talk to many people but it was a good feeling and I am blessed,” Smith said.

Lorentzen said he also enjoyed being on court with his friends.

At the end of the game, Roseville was successful by winning against Cousino; 24-14.

After the game, everyone went home and dressed themselves up for the dance. Soon, the gym was filled with teenagers itching to dance with their friends and dates. Although the DJ’s speaker broke, people still fooled around in the photo booth and took pictures with their friends. Everyone gathered around to watch the royalties walk to their throne and enjoyed the night making memories.

“Homecoming was so much fun, there were so many people and the music was great. I had an amazing night with my friends,” freshman Zoe Iannucci-Thompson said.