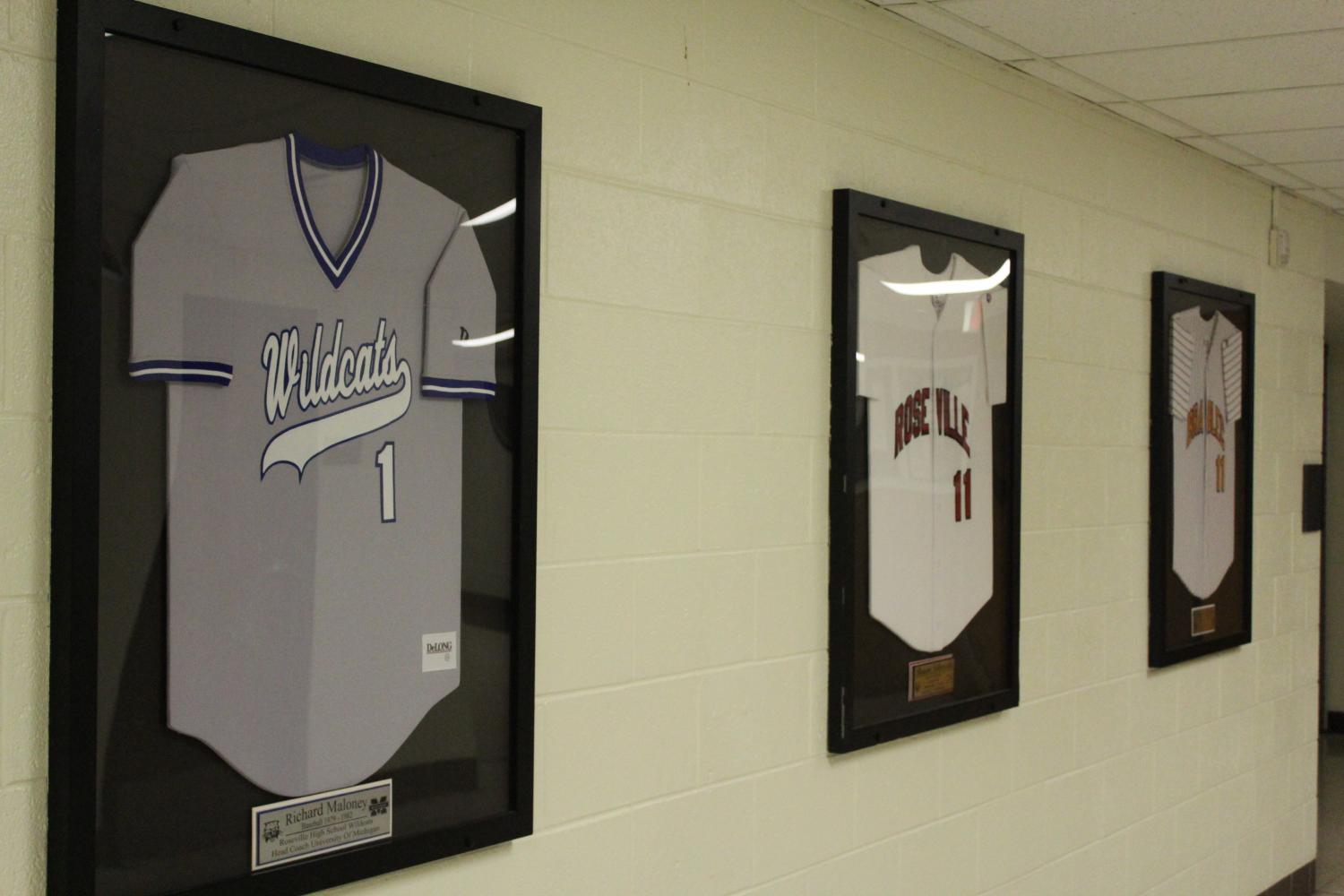 Have you ever wanted to be forever known in Roseville? Ever wanted your hard work and determination to be recognized? In the near future, Roseville High School will induct the first hall of fame class in history. The plan is to renovate the wall in the d-wing across from the locker rooms. The renovation, as of now, includes repainting the wall and an interactive touch screen display to acknowledge the future inductees. This will allow future inductees to be eternally on display and recognized for their commitment to the school.

The hall of fame will now unite past, present, and future alumni’s into one highly regarded place. Past Roseville athletes include: Richard Maloney, Brian Sikorski, and Ernie Whitt. Each alumni went on to pursue a career in baseball. Maloney went on to become the head coach at University of Michigan and Ball State University, Sikorski went on to pitch for the Texas Rangers and the Cleveland Indians, and Ernie Whitt went onto have a long career with the Toronto Blue Jays earning all-star status in 1985. They each have their jersey hung up on the wall where the hall of fame will go, and now will have consideration to be recognized on a higher level. For present athletes, it gives them a chip on their shoulder to push themselves to the max before graduating. As for future athletes, they enter high school aware of a possible chance at fame. With this awareness they will obtain a fresh drive and new motivation that can elevate the play of athletes to potential heights Roseville has yet to have seen.

The hall of fame looks to bring much excitement to RHS. Never has there been an athletic honor as high as this. With the advancement in technology to the unification of Roseville’s existence, only great things can come from this major addition.

“I’m excited, I want to work harder so I can be in there,” junior Dhamon Riley said.