Historical changes in currency on the way 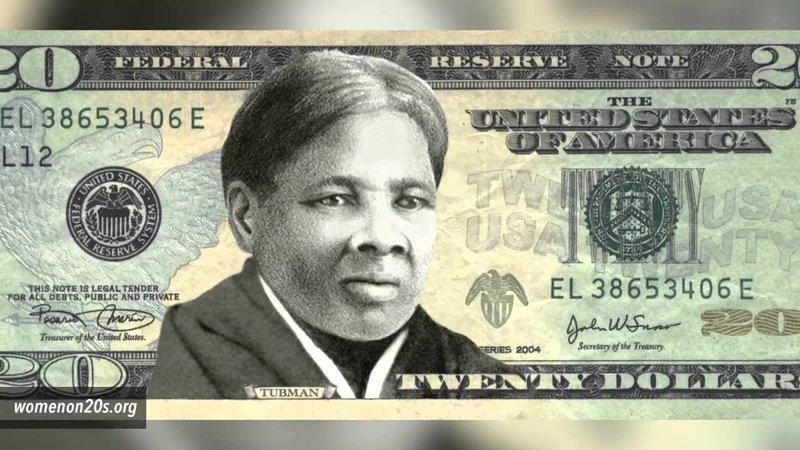 On April 20, the United States Department of Treasury announced sweeping changes to the $5, $10 and $20 bills, with the biggest changes coming to the $20 bill.
Starting in 2020, Harriet Tubman, a former enslaved woman who worked to free slaves via the Underground Railway, will appear on the front of the $20 bill with President Andrew Jackson firmly placed on the back. While Tubman is sometimes referred to as “Moses” for her heroic actions in her lifetime, Jackson in recent years has fallen in public approval for both his parts in both the Trial of Tears, which resulted in the forcible removal of Native Americans from their homelands and as his deeds as a slave owner.
While the $20 bill has been the most source of controversy thus far, according to nytimes.org, the back of the $10 bill will depict a 1913 march for women’s right to vote that ended at the Treasury building that will feature five suffragists: Lucretia Mott, Sojourner Truth, Elizabeth Cady Stanton, Alice Paul and Susan B. Anthony. Still on the front would be Alexander Hamilton.
Treasury Secretary Jacob J. Lew, who is responsible for the changes, says that the changes in currency to reflect more women is long overdue in the United States.
“As I said when we launched this exciting project: after more than 100 years, we cannot delay, so the next bill to be redesigned must include women, who for too long have been absent from our currency,” Lew said in an open letter to the American public published on medium.com
The final changes will occur on the $5 bill and will have more of a civil rights theme. While, according to nytimes.org, the back of the Lincoln memorial will remain, it will now feature historical events that happened there, including the 1963 Marian Anderson’s performance, Eleanor Roosevelt, who helped organize the event, along with Martin Luther King who gave his famous “I Have a Dream” speech on the steps in 1963.
The changes have been due some time with the need for more security measures to aid in the fight against counterfeit money. After many national conversations, many were confused on whether the $20 bill or the $10 bill would get the biggest changes and what other changes will happen to the other bills. Groups like “Why the 20?” and “Girls’ lounge” both insisted on the need to see a woman placed on popular currency. But the two groups differed on which bill it should be, with the former supporting the change in the $20 and the latter supporting the change in the $10. At first, it was thought to be the biggest changes would be coming to the $10 with a woman replacing the image of Alexander Hamilton. But after popular disapproval, with even a Broadway play supporting Hamilton, the first Treasury Secretary who is credited with creating America’s current financial system, the $20 was chosen instead.
“Why the 20?” created a survey on which woman should be placed on popular currency, and the public voted for Tubman. Tubman marks the first African-American to appear on American currency, the first woman in over a century to appear on currency, and the only one if you could count popular currency.
Secretary Lew was pleased with the decision of the Treasury Department, and like many Americans, hopes that the change in currency could signal even more great things for the future.
“But with this decision, our currency will now tell more of our story and reflect the contributions of women as well as men to our great democracy,” Lew said.