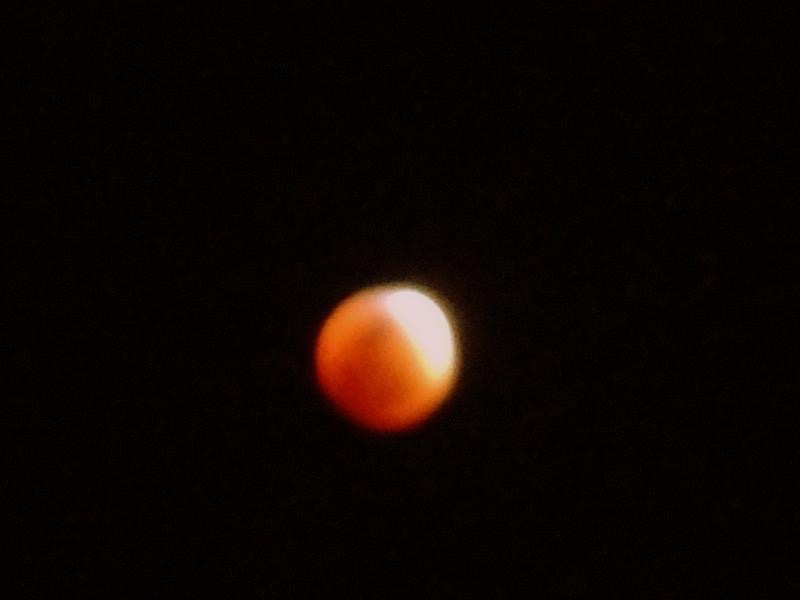 The red moon that showcased Rayleigh’s scattering on the night of Sept. 27.

On Sept. 27, the moon changed to different shades of red. This phenomenon occurs because the earth is moving between the sun and the moon. The moon turns red because of a spectacle called Rayleigh’s scattering, which also the cause for colorful sunrises and sunsets, and also the actual reason why the sky is blue. Lunar eclipses can happen up to three times a year. The next expected eclipse will occur April 14, 2033.
“The red moon that occurred Sunday night was because of a total lunar eclipse. This happens when the moon moves into the shadow of the Earth,” Bethany Allen, astronomy teacher, said.

“The eclipse was notable because it was a super moon Sunday this means that it is the closest to the moon will get to Earth in the year 2015. Another eclipse of a super moon will not occur until 2033. We will have another lunar eclipse in 2019 that can be viewed here is the western atmosphere,” Allen said.
People living in the eastern and central area of the U.S. got “front row seats” of the moon!

Two weeks before or after the lunar eclipse occurs, a solar eclipse happens. A solar eclipse is when the sun is obscured by the moon. Some may say it looks like the moon has taken a bite out of the sun.