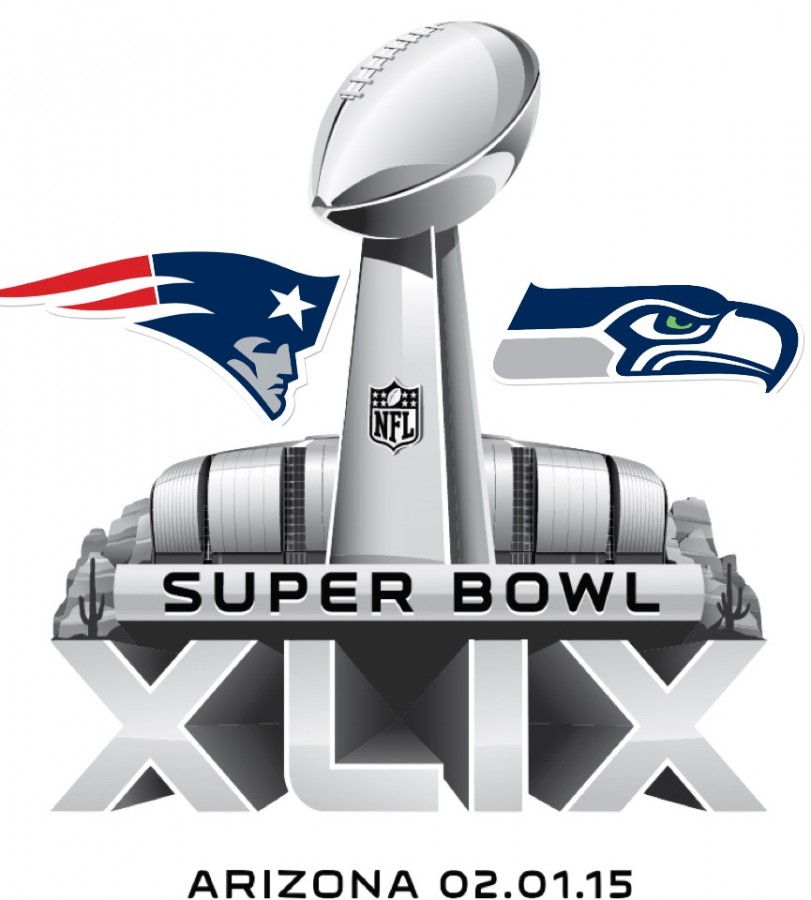 On Feb. 1, Super Bowl XLIX was played in front of a sold out crowed in The University of Phoenix Stadium in Glendale, AZ. The game featured the AFC Champion New England Patriots against the NFC Champion Seattle Seahawks. Going into the game, both teams had a lot of pressure on their backs. Seattle was trying to win back-to-back championships, something no NFL team has done since the 2003 and 2004 seasons when the Patriots won back-to-back championships. New England, on the other hand, was trying to help their star quarterback, Tom Brady, win a fourth national championship. The Patriots have been trying to help Brady get this accomplishment for ten years. Many people were anticipating this game to be one of the best Super Bowls in a long time. Finally when the day hit, everyone was ready for a battle.

After the national anthem, sung by Idina Menzel, was over many people could hardly wait for kickoff. Seattle won the coin toss and deferred to the second half, which means New England got the ball first. Seattle kicked the ball off, and the 49th Super Bowl had begun. A rather quiet first quarter was capped off with an interception from Jeremy Lane of the Seahawks, picking off Brady. The Super Bowl glory ended there for Lane, because on the same play Lane took an awkward fall and broke his wrist. He remained out for the rest of the game. That finished a quick and scoreless first quarter.

The annual Super Bowl Halftime Show was preformed by pop star Katy Perry. Her show consisted of her singing many of her hit songs including “Roar” and “I Kissed a Girl.” From dancing sharks and beach balls talking, many people believed that Perry’s Halftime Show was the best they have ever seen.

The fourth quarter came along and it was do or die time for New England. No team had ever come back down by ten points in the Super Bowl and won. With eight minutes left in the game, Brady threw another touchdown pass, this time to Danny Amendola. The Patriots made it a 24-21 game. After a failed possession from Seattle, New England got the ball back. And with that, another touchdown pass from Brady to Julian Endelman, making this game a 28-24 lead for New England late. The Seahawks had about two minutes to score a touchdown in order to win. Wilson put everything on his shoulders and was able to drive Seattle down the field to get into scoring position. With less than 30 seconds left, the Seahawks were on the one-yard line, inches away from history. As Wilson took the snap, he looked to his right and threw the ball. Then in a split second, Seattle’s dreams were crushed as Malcolm Butler, an undrafted rookie, intercepted the ball. Everybody was stunned, as New England celebrated and Seattle stood in shock. With only 28 seconds to go, New England took a knee and another Super Bowl victory.

After a historic performance, Brady won the Most Valuable Player award after throwing for 328 yards, four touchdown passes, and only two interceptions. Brady managed to also break Hall of Fame quarterback Joe Montana’s record for most touchdowns thrown in a Super Bowl. The New England Patriots were on top of the football world once again. Brady and the Patriots each earned their fourth Super Bowl ring, and this Super Bowl was honored as the most watched television program in United States history, according to FoxSports.com, capping off one of the greatest Super Bowls to date.