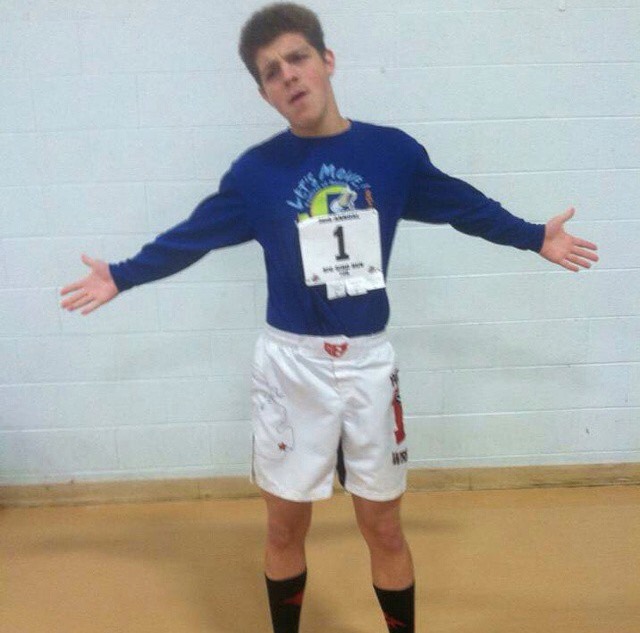 Junior Joseph Manfreda, also known as Ruthless Joe by many, passed away on January 6. Joe was ranked first of  his class, a lifelong Roseville resident, and a phenomenal athlete, according to principal Pete Hedemark. A lot of people had known him, whether it be from cross country, wrestling, track, a classmate, or a friend. Joe is remembered as a kind-hearted person, always caring and supportive.

Joe was always smiling and making others smile, just by a simple grin he gave in the hallway. To most, it was a powerful thing for them. He made people feel more confident about themselves when he smiled at others, and could brighten your day no matter who you were.

Many knew the distinct deep voice that he had. Joe always picked others back up and supported them whether it was in sports or if they just needed someone to be there, he was there to help. He left an impression on everyone that he came in contact with.

Joe also received straight A+’s on his report card for first trimester as well as earned an A+ on every final exam for the trimester. He was a brilliant student, and showed what it really meant to be a student-athlete.

Cross country is something that Joe was passionate about. No matter what, he always ran the extra mile.

Joe was an important aspect to the team. He tended to beat himself up over a bad race, but the team always pulled him aside, and talked him up, telling him he will do it the next race. He was the one teammate that everyone could depend on, no matter what the circumstances were. He always came to practice.

Some students and faculty at RHS have only known Joe for a short amount of time. Others have only talked to him for a few minutes in the hallways, and they enjoyed the little conversations that they have had with him.

Here are some other memories of Joe:

At this time over $10,000 have been raised on to go towards Joe’s funeral on gofundme.com. There are also t-shirts that have been made by the marketing class in memory of Joe. All of those proceeds are going towards his funeral as well. To donate go on gofundme.com/jsxhco or buy a t-shirt from The Panther Den.